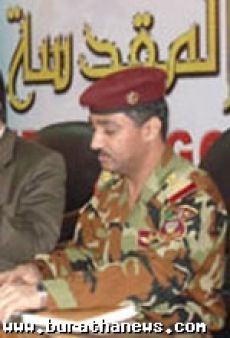 Police chief in Kerbala said today that his forces arrested 25 terrorists including 4 from Jund Al-Samaa during last few days, which coincides with Al-Najaf incidents.

Maj- General Abu Al-Waleed told (Voices of Iraq) today “We have arrested 25 terrorists during the past four days. We have conducted extensive search operations to arrest any armed men, may be members of Jund Al-Samaa came to Kerbala from Najaf”