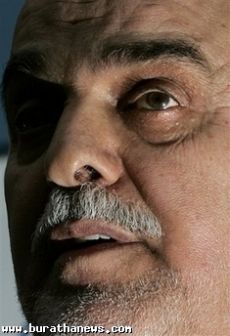 A source in the Iraqi interior ministry said Dr Tarik Al-Hasimi intensified his efforts to contains the repercussions of the arrest red handed one of Dr Adnan Al-Dulaimi preparing mortar shells to attack  Holy city of Al-Kazimia during the climax of 10th of Moharam. The guard was arrested with his terrorist group by American troops.

The source said Al-Hashimi requested from the American not to extradite this guard and his armed group to the Iraqi ministry of Interior or any other security forces. He added Al-Hashimi fear of possible guard confessions during investigation which could implicate and cause another crisis to Dr Al-Dulaimi in the parliament.

This is a second incident to arrest one of Adnan Al-Dulaimi’s guards red handed but preparing a car bomb that stirred a sensation in Iraqi political circles.